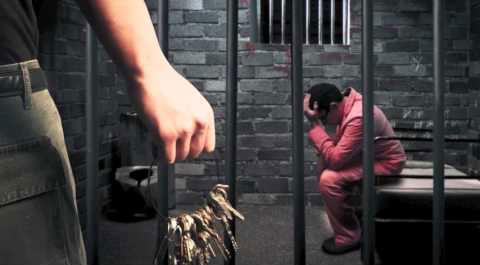 Our Delaware County bail bonds company is here to help get you or your loved one out of jail fast. To deter accused individuals from missing their trial dates and hearings, Delaware County often assigns bail. Simply put, bail is a predetermined sum of money that a defendant must pay in order to secure their release from custody until their case can be heard. Working with a Delaware County bail bondsman may be the easiest way to post bail so that you can get through court without jeopardizing your employment or relationships.

Why Is the Bail Bonds Process Necessary?

Unfortunately, courts rarely take individual circumstances into account when determining bail amounts, and many people lack the financial resources to pay on their own. Our Delaware County bail bonds company works to help the accused come up with the funds they require. Being detained can result in lost wages or make it impossible to attend to serious responsibilities, such as caring for loved ones. Many of the incarcerated may even suffer from lack of access to their legal teams, which could hinder their abilities to defend themselves.

How Does The Bail Bonds Process Work?

Delaware County bail bonds are written promises or surety agreements in which defendants agree to appear at court in exchange for someone else posting bail. Usually, a Delaware County bail bondsman will request some form of collateral or a non-refundable percentage of the bail amount as a condition of posting the total sum. Most services that provide bail bonds in Delaware County take multiple factors into account. These include the bail amount set by the court, which depends on the severity of the alleged crimes and the discretion of the deciding judge. In most cases, Delaware County bail bonds also reflect the risk associated with posting bail for a given individual. People without prior criminal records who have histories of steady employment, for instance, are generally more likely to show up for court as ordered, and they may have an easier time getting a bail agent to post on their behalf.

Those seeking bail bonds in Delaware County shouldn’t just sign deals with the first bail agent they meet. An effective Delaware County bail bondsman both understands the bail bonds process and maintains good relationships with local court systems and law enforcement agencies. Bail bondsmen who have experience are more likely to set fair terms, and they may even be able to help defendants learn about legal resources.

Give Our Bail Bonds Company A Call Today

The bail bondsmen that work for our company are always standing by to help you post bail. We have been the go-to bail bonds company for years, and we always come highly recommended. So if you are behind bars and awaiting a trial, then don’t hesitate. Give our Delaware County bail bonds company a call at (484)844-4740 today!

From Navy, to college, to up rising marketing exec and now owner of multiple enterprises, bails bonds has been the most challenging and rewarding of all Travis, a.k.a. "Dr. Bails" , career moves. Passionate about helping people Dr. Bails has taken the Pennsylvania Bail Bonds business by storm! In an immense effort by his rivals to put him out of business, Dr. Bails has proven to be a trustworthy & respectable force in the communities he provides these services and has proven to his once rivals and now colleagues...he's not going anywhere! If Dr. Bails can not get someone out of jail...NO one can!